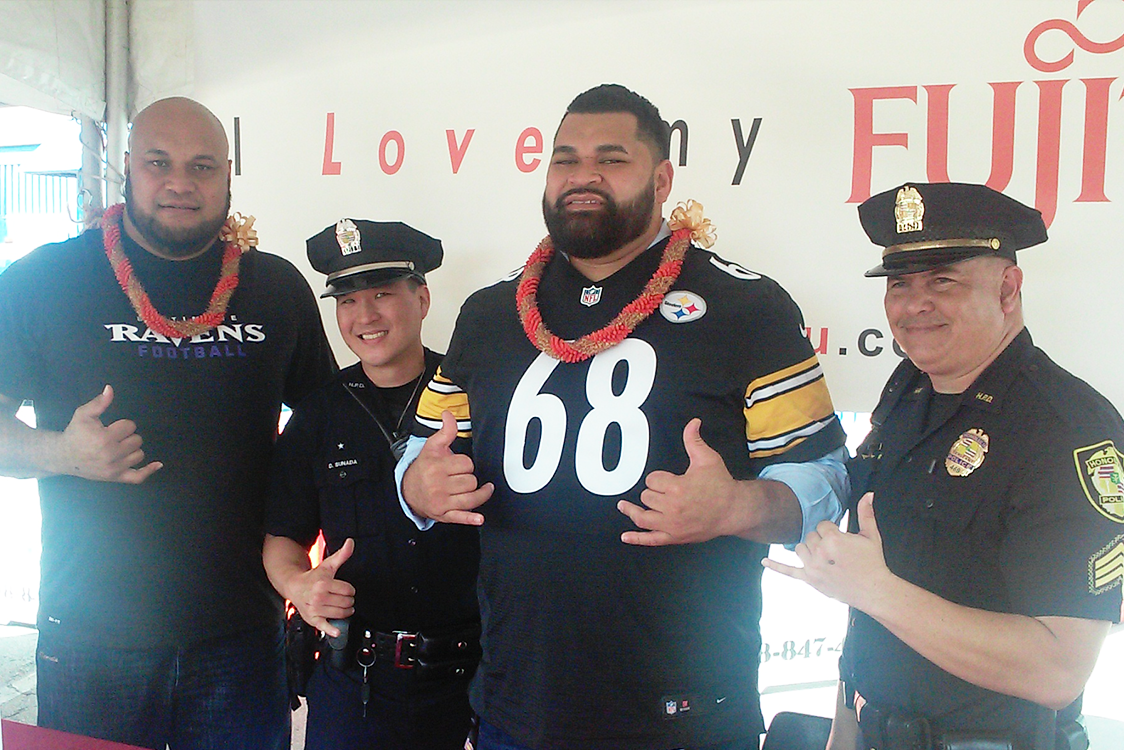 Sponsored by ESPN1420, Fujitsu held an autograph signing on January 23, 2016 for the Jersey Fun Run at Aloha Stadium and offered fans a chance to meet and receive autographs from a notable athletes and television stars.