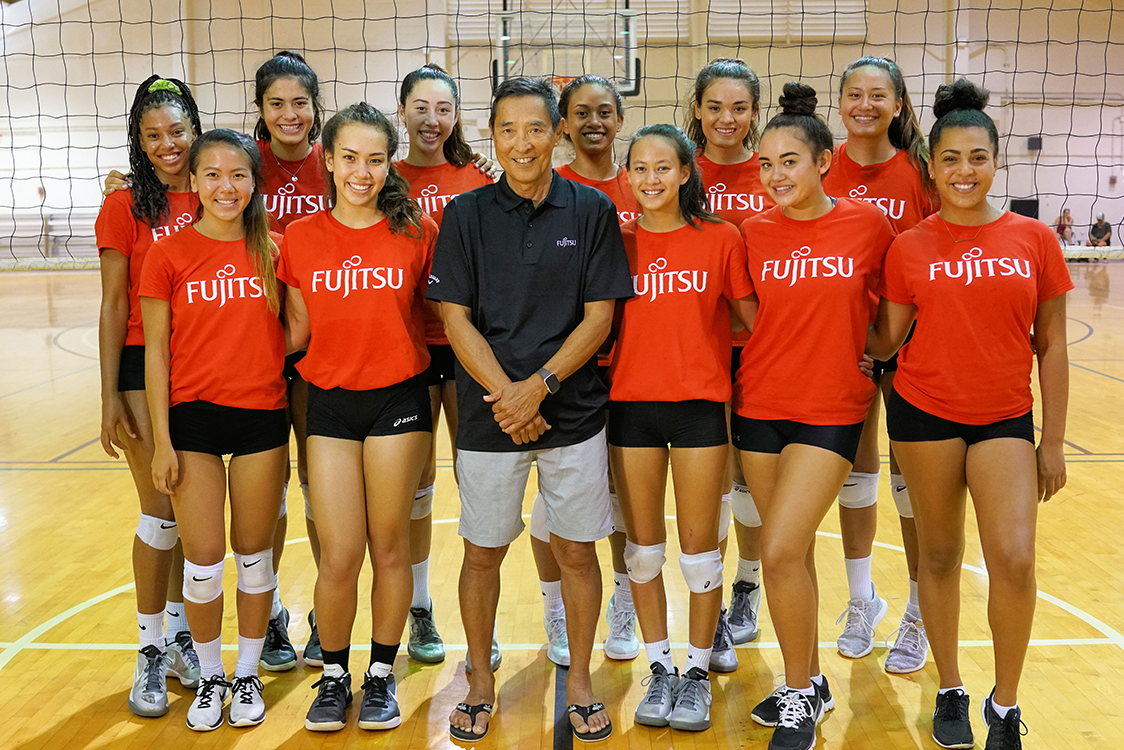 When it comes to University of Hawaii sports, there is no greater legend than Wahine Volleyball Coach Dave Shoji.  42 years coaching, 4 National Championships, 1202 Career wins and 5 Time National Coach of the Year Awards.  Dave’s record, hard work, competitive spirit, commitment, integrity and love for Hawaii athletics is second to none. There is no greater person that we would want to have in a Fujitsu television commercial than Dave, and thanks to some great friends at the University of Hawaii we were able to pay tribute to his record in our new Fujitsu commercial.

The spot was filmed on location at Klum Gym on the campus of University of Hawaii.  We used a real club volleyball team (Kuikahi) made up of local girls from various high schools around Honolulu for the action sequences.  The temperature inside Klum Gym was in the 90’s and it was so hot that the girls were sweating like crazy.  The final scenes were filmed at a home in Waialae Iki.  Dave and the girls did an incredible job as did the crew at KITV under the direction of Troy Gomes.  Troy took our idea for the commercial and laid out his vision for the action sequences and audio. Two cameras were used to shoot the spot with Troy on ladders, on the ground and in the faces of the players.

We think this is one of the best Fujitsu commercials ever and want to thank Dave, all the Girls and KITV (especially Troy Gomes) for doing a fantastic job.  Enjoy the spot that we named “The Coach”.